About the AHA CENTRE

The AHA Centre is an intergovernmental organisation, established by the ten ASEAN Member States with the aim to facilitate cooperation and coordination of disaster management amongst ASEAN Member States. The Agreement on the Establishment of the ASEAN Coordinating Centre for Humanitarian Assistance on disaster management was signed by ASEAN Foreign Ministers on 17 November 2011, and witnessed by the Heads of States of all ten ASEAN countries. In operationalising its mandate, the AHA Centre primarily works with the National Disaster Management Organisations (NDMO) of the ASEAN Member States. Furthermore, the AHA Centre also partners with international organisations, private sector, and civil society organisations, such as the Red Cross and Red Crescent Movement, the United Nations, and AADMER Partnership Group.

Multilateral cooperation has been also established with ASEAN Dialogue/ Development/ Sectoral Partners, including Australia, China, European Union, Germany, Japan, New Zealand, Switzerland, and the United States of America. In the event of large-scale disasters, such as 2013 Typhoon Haiyan in the Philippines, the AHA Centre works closely with the Secretary – General of ASEAN who will perform the role as the ASEAN Humanitarian Assistance Coordinator to mobilise more resources and coordinate with ASEAN Leaders and Partners worldwide. 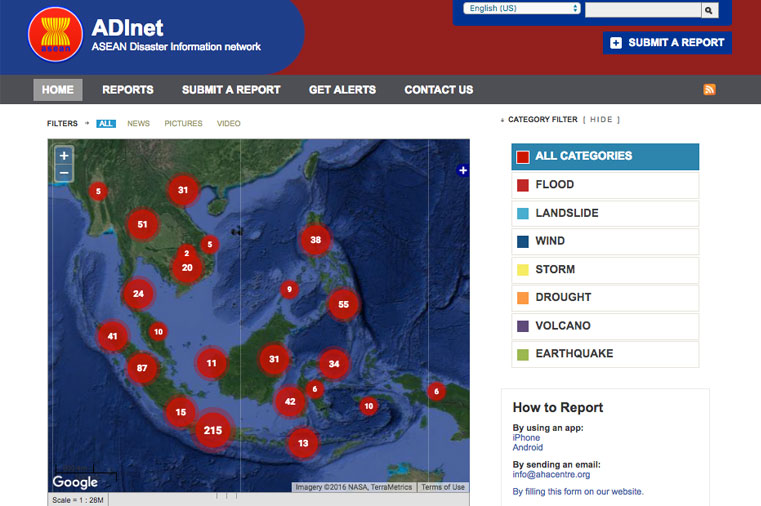 The ASEAN Disaster Information Net (ADINET) is a repository of information concerning hazards and disasters that have happened in the region. The platform is open for public, which means that the public can submit information about any hazard and disaster to the AHA Centre. Thereafter, the AHA Centre will verify and validate any submitted information… 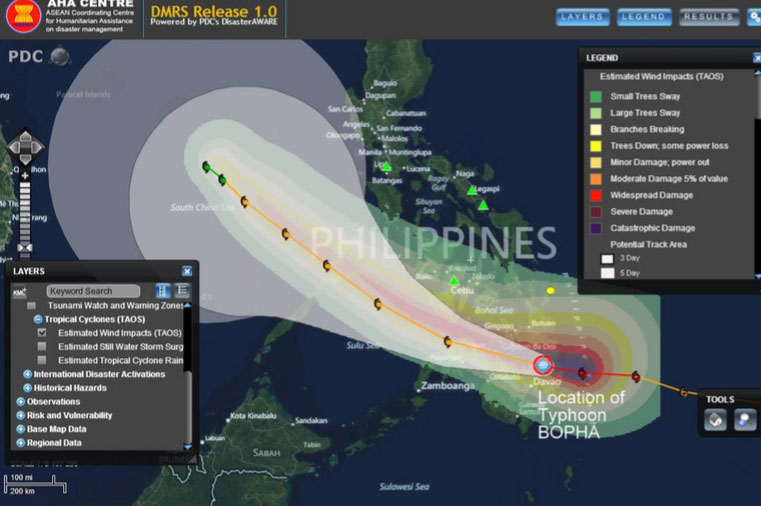 The Disaster Monitoring and Response System (DMRS) of ASEAN is one of the disaster monitoring tools utilised by the AHA Centre. The tool was designed in partnership with the Pacific Disaster Center (PDC), an applied science and information centre based in Hawaii, with the support of the Government of the United States of America. DMRS…

To facilitate and coordinate ASEAN’s effort in reducing disaster losses and responding to disaster emergencies as ONE, through regional collaboration, national leadership and global partnership in disaster management.