You are here:
Disaster Monitoring 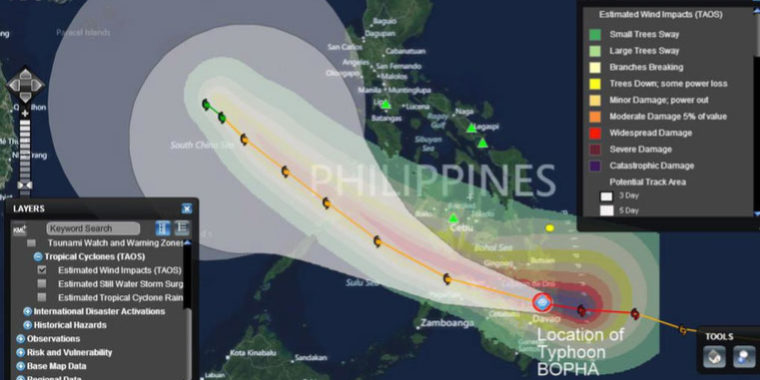 The Disaster Monitoring and Response System (DMRS) of ASEAN is one of the disaster monitoring tools utilised by the AHA Centre. The tool was designed in partnership with the Pacific Disaster Center (PDC), an applied science and information centre based in Hawaii, with the support of the Government of the United States of America. DMRS receives constant information feeds from the PDC system. It shows real time information of the hazards in the region as they happen, as well as hydrometeorological data, such as wind direction and speed, clouds, sea temperature, etc. The basic maps can be overlaid with additional information, such as basic population density data, location of airports and seaports, and major roads and infrastructure.