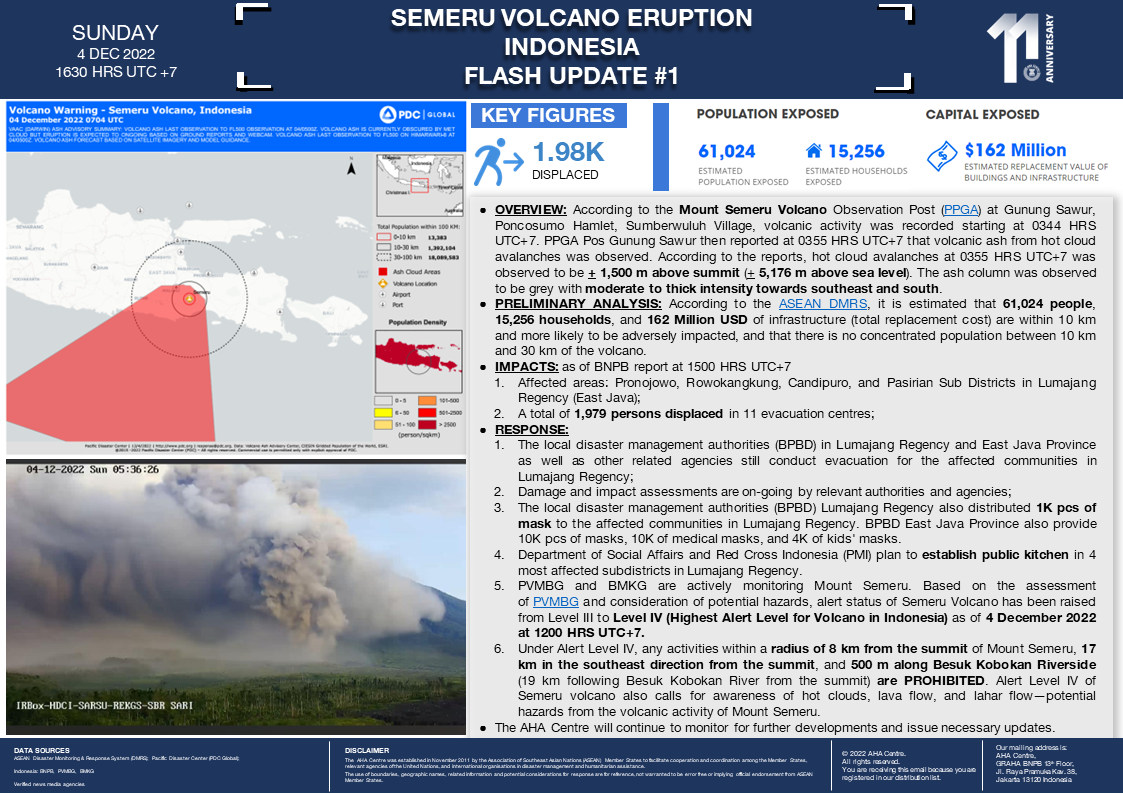 OVERVIEW: According to the Mount Semeru Volcano Observation Post (PPGA) at Gunung Sawur, Poncosumo Hamlet, Sumberwuluh Village, volcanic activity was recorded starting at 0344 HRS UTC+7. PPGA Pos Gunung Sawur then reported at 0355 HRS UTC+7 that volcanic ash from hot cloud avalanches was observed. According to the reports, hot cloud avalanches at 0355 HRS UTC+7 was observed to be + 1,500 m above summit (+ 5,176 m above sea level). The ash column was observed to be grey with moderate to thick intensity towards southeast and south.

PRELIMINARY ANALYSIS: According to the ASEAN DMRS, it is estimated that 61,024 people, 15,256 households, and 162 Million USD of infrastructure (total replacement cost) are within 10 km and more likely to be adversely impacted, and that there is no concentrated population between 10 km and 30 km of the volcano.

The AHA Centre will continue to monitor for further developments and issue necessary updates.