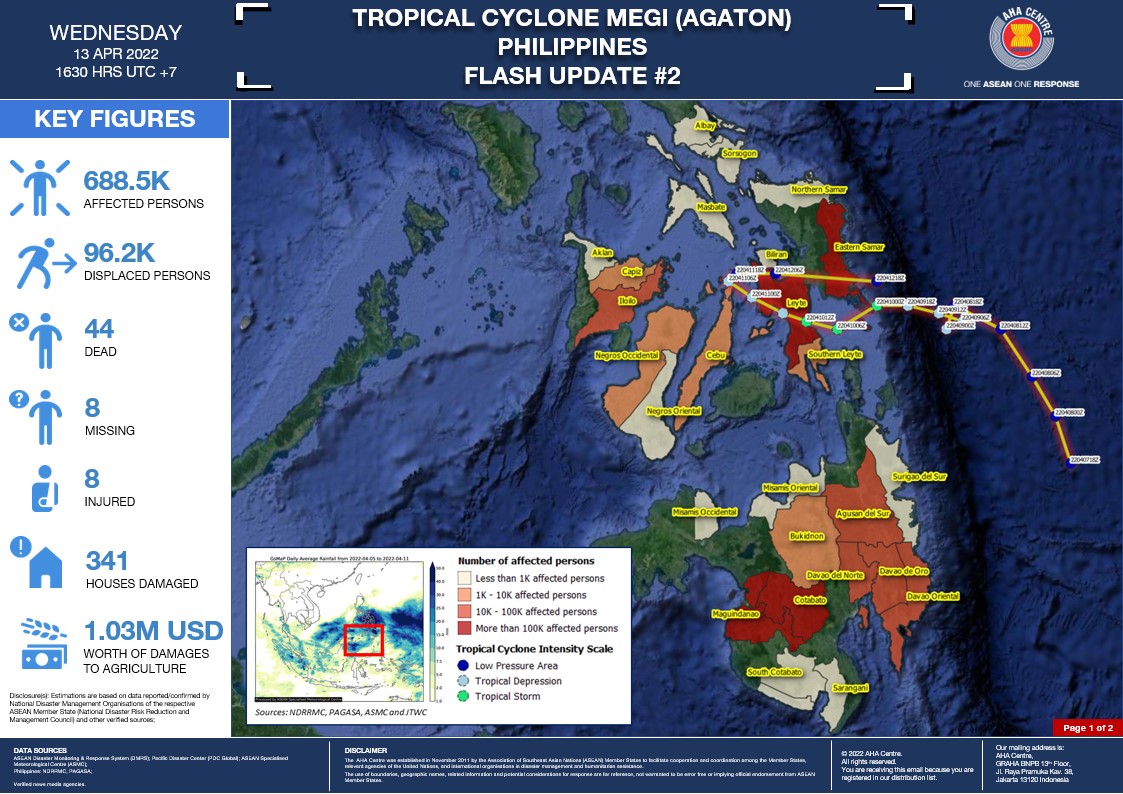 According to the Philippine Atmospheric, Geophysical and Astronomical Services Administration (PAGASA), as of 1000 HRS UTC+7 of 13 April 2022, the Low-Pressure Area (LPA) formerly Tropical Cyclone (TC) MEGI (Agaton) has dissipated.

Hazards Affecting Coastal Waters In the next 24 hours, swells from Typhoon “MALAKAS” will bring rough seas (2.8 to 3.7 m) over the northern and eastern seaboards of Luzon and the eastern seaboards of Visayas and Mindanao. These conditions may be risky for most seacrafts. Mariners of small seacrafts are advised to remain in port or take shelter, while those operating larger vessels are advised to take precautionary measures when venturing out to sea and, if possible, avoid navigating in these conditions. With this development, this is the final weather advisory.

IMPACTS: According to the National Disaster Risk Reduction and Management Council (NDRRMC) as of 0700 HRS UTC+7, 13 April 2022:

According to the NDRRMC, all operations are being managed at the regional level with support from the national.