One ASEAN One Response, ASEAN solidarity in action for internally displaced people from Marawi 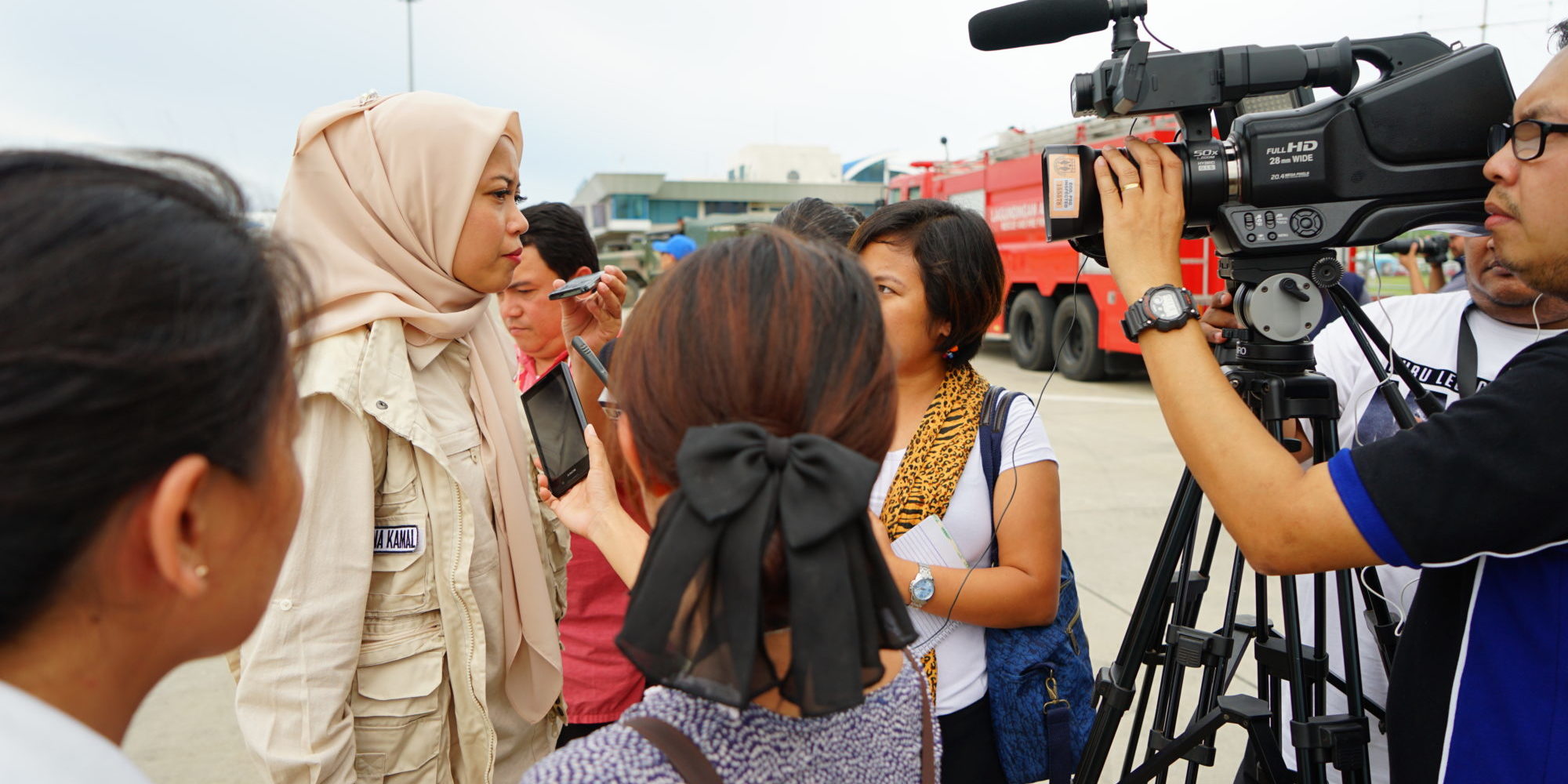 CAGAYAN DE ORO, 21 July 2017. Today, we witnessed the realisation of One ASEAN One Response. Under the guidance of the ASEAN Member States, the AHA Centre provided support to the Government and people of the Philippines by flying ASEAN relief items for internally displaced people from Marawi City and surrounding localities.

The AHA Centre deployed its ASEAN relief items stored in Subang, Malaysia in two batches, through the Davao airport on Wednesday 19 July 2017 and through Laguindingan airport today with the Malaysian military aircraft. Some of the items handed over were personal hygiene kits, family tents, family kits, kitchen sets and water filtration units.

This ASEAN’s effort through the AHA Centre could not be achieved without the strong support from the Government of Malaysia, in particular, the National Disaster Management Agency (NADMA) of Malaysia, the Royal Malaysia Armed Force and SMART Team, who lent their state-of-the art A400M military aircraft to mobilise some of the items; and also, the support from the Government of Japan through the ASEAN Disaster Emergency Logistic System for ASEAN (DELSA) project that allows for the provision of the relief items; also the support of our partners, UN Humanitarian Response Depot of the World Food Programme, the Corporate Citizen Foundation of Singapore and Direct Relief. Our AHA Centre Executive (ACE) graduates from the Philippines and Malaysia have also facilitated this response.

“Today is one of those moments when the vision of One ASEAN One Response is no longer an imagination but a realisation,” said Adelina Kamal, Acting Executive Director of the AHA Centre during today’s official handover of the relief items, attended by high-level officials from the Government of the Philippines as well as the Government of Malaysia.

The AHA Centre, based in Jakarta, Indonesia, was established in November 2011 by the ten ASEAN Member States. Since its establishment, the AHA Centre has responded to 16 disasters in the region, including this emergency response. The AHA Centre put its stockpile of relief items in Subang, Malaysia, at the UN Humanitarian Response Depot.