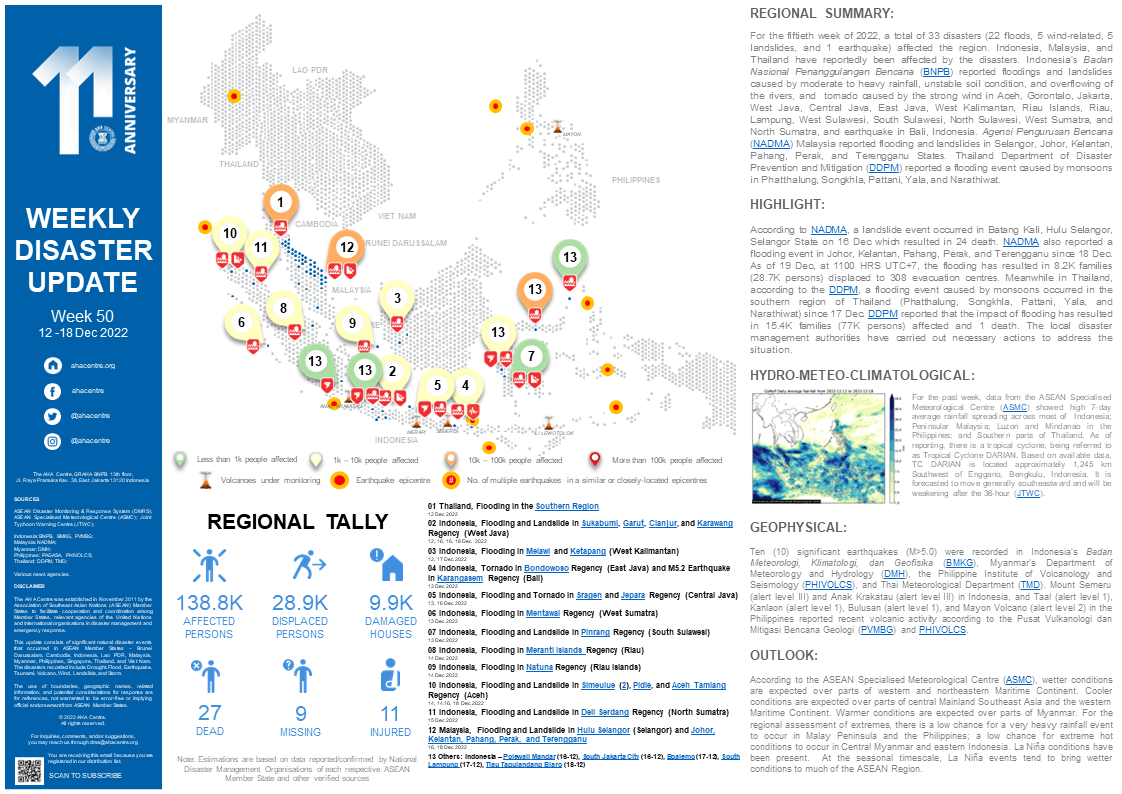 According to NADMA, a landslide event occurred in Batang Kali, Hulu Selangor, Selangor State on 16 Dec which resulted in 24 death. NADMA also reported a flooding event in Johor, Kelantan, Pahang, Perak, and Terengganu since 18 Dec. As of 19 Dec, at 1100 HRS UTC+7, the flooding has resulted in 8.2K families (28.7K persons) displaced to 308 evacuation centres. Meanwhile in Thailand, according to the DDPM, a flooding event caused by monsoons occurred in the southern region of Thailand (Phatthalung, Songkhla, Pattani, Yala, and Narathiwat) since 17 Dec. DDPM reported that the impact of flooding has resulted in 15.4K families (77K persons) affected and 1 death. The local disaster management authorities have carried out necessary actions to address the situation.

For the past week, data from the ASEAN Specialised Meteorological Centre (ASMC) showed high 7-day average rainfall spreading across most of  Indonesia; Peninsular Malaysia; Luzon and Mindanao in the Philippines; and Southern parts of Thailand. As of reporting, there is a tropical cyclone, being referred to as Tropical Cyclone DARIAN. Based on available data, TC DARIAN is located approximately 1,245 km Southwest of Enggano, Bengkulu, Indonesia. It is forecasted to move generally southeastward and will be weakening after the 36-hour (JTWC).