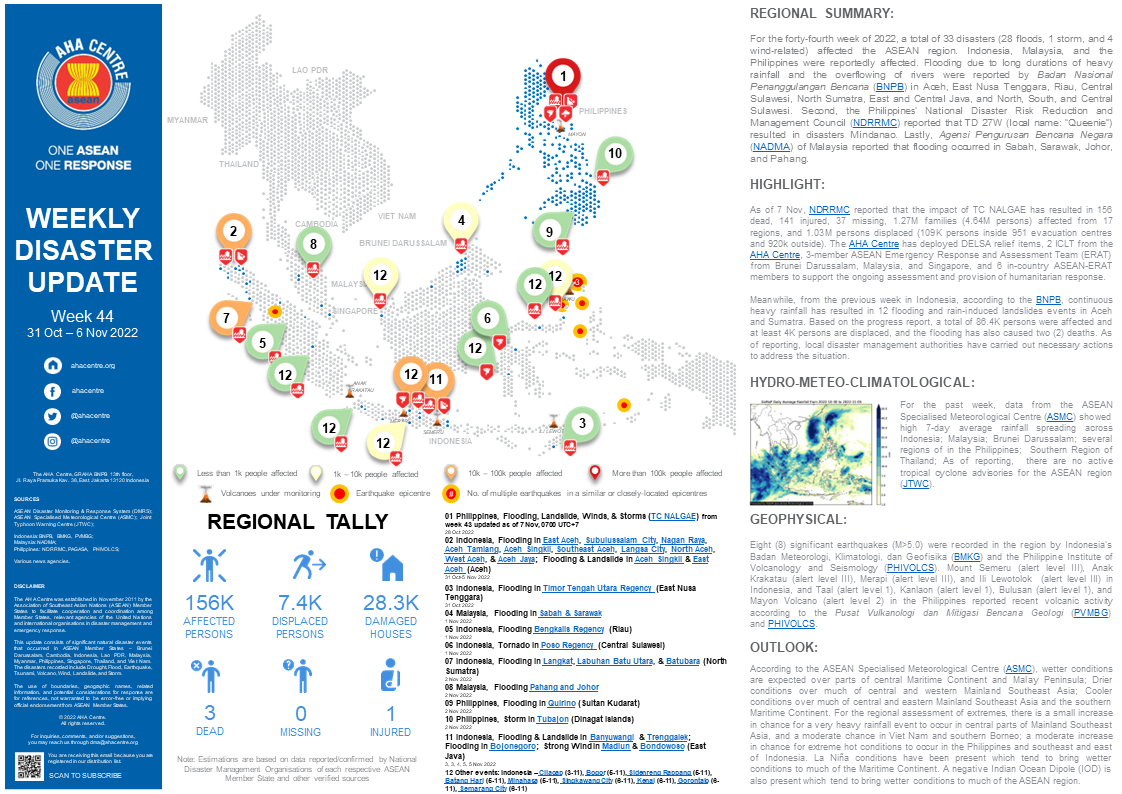 As of 7 Nov, NDRRMC reported that the impact of TC NALGAE has resulted in 156 dead, 141 injured, 37 missing, 1.27M families (4.64M persons) affected from 17 regions, and 1.03M persons displaced (109K persons inside 951 evacuation centres and 920k outside). The AHA Centre has deployed DELSA relief items, 2 ICLT from the AHA Centre, 3-member ASEAN Emergency Response and Assessment Team (ERAT) from Brunei Darussalam, Malaysia, and Singapore, and 6 in-country ASEAN-ERAT members to support the ongoing assessment and provision of humanitarian response.

Meanwhile, from the previous week in Indonesia, according to the BNPB, continuous heavy rainfall has resulted in 12 flooding and rain-induced landslides events in Aceh and Sumatra. Based on the progress report, a total of 86.4K persons were affected and at least 4K persons are displaced, and the flooding has also caused two (2) deaths. As of reporting, local disaster management authorities have carried out necessary actions to address the situation.

For the past week, data from the ASEAN Specialised Meteorological Centre (ASMC) showed high 7-day average rainfall spreading across Indonesia; Malaysia; Brunei Darussalam; several regions of in the Philippines;  Southern Region of Thailand; As of reporting,  there are no active tropical cyclone advisories for the ASEAN region (JTWC).